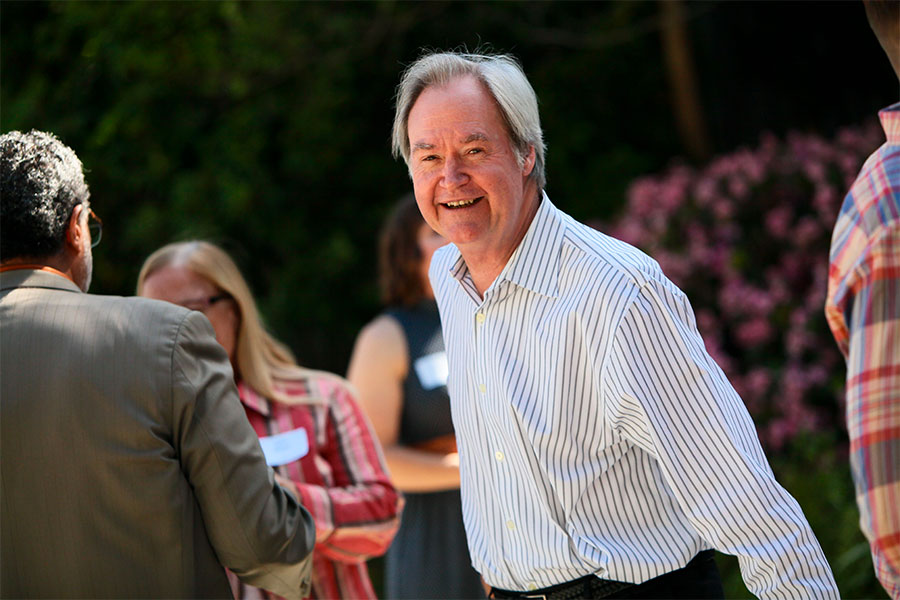 Scroll down for more!

Celebrating a Life at Prep 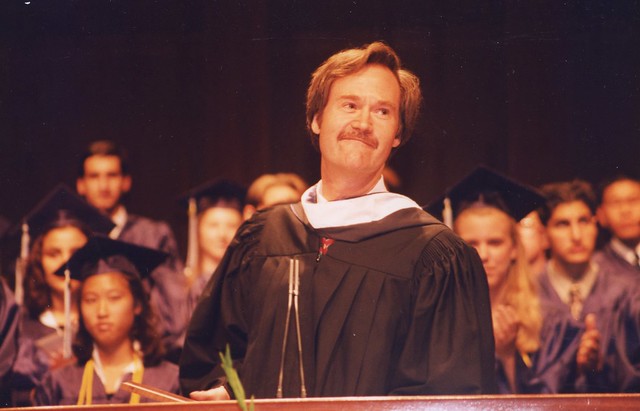 In the summer of 1980, newlyweds Peter and Molly Bachmann planned to drive from North Carolina, where they were married, all the way to Flintridge Preparatory School. It was a honeymoon that celebrated their love of travel and literature. They anticipated that during their short stay in California, Molly would channel her English degree and her interests in food, wine, and travel into a career, while Peter, with his MA from the University of Virginia, would spend a couple of years teaching history at Prep.

Instead, Peter made history at Prep, becoming the school’s 10th headmaster and leading Prep’s remarkable growth into a school beloved regionally and recognized nationally.

Peter spent his first 10 years at Prep as a teacher, dean, and assistant head, while Molly thrived at Arrow Tours. They had their son Rob in 1985 and their lives became even more tightly interwoven with the school. Molly joined the non-profit executive search firm Morris & Berger first as a research associate and later as a senior associate and eventually as vice president. Peter took over teaching Great Books, co-created the American Identity course, and oversaw the operations of the high school.

In 1991, after a national search, Prep’s Board of Trustees unanimously nominated Peter to succeed Edor Anderson Jr. as headmaster. Peter had ambitious goals for Prep, including ones less tangible than the buildings he would construct to house the new curriculum he foresaw. He emphasized civility, growth, enthusiasm, and empathy, citing the school’s roots in rigor with humanity.

Over the next three decades, he grew the endowment 30-fold, built new facilities, hired and supported faculty, and steered the school through national and financial upheavals. Peter’s vision enabled generations of students to be both academically and emotionally prepared for life in college and in the greater world. Faculty, students, and parents joined forces, committing to liberal arts, human development, leadership, and lifelong learning.

Peter’s mighty memory for students’ class years, colleges, and majors was on display at every campus event, every reunion, and many alumni weddings. He found time to serve on boards and publish two books. He and Molly grew particularly close to Rob’s Class of 2003, seeing those individuals through the eyes of parents, mentors, advisers, and friends. As he led Prep, Peter also kept teaching, infusing his classes with the characteristic warmth and humor he showed as the newest faculty member in the fall of 1980.

Throughout the past 40 years, Peter and Molly have become beloved friends and mentors, colleagues and leaders, to generations of students, faculty, families, and alumni. Peter has taught scores of faculty children, just as Rob was taught by Peter’s friends and colleagues. Peter’s students from the 1980s now send their own children to Prep.

The Bachmanns embraced Prep as a place of warmth and as a place to grow. In turn, they nurtured those qualities in the school and its community. For Rob, it’s been the extended multi-generational family he’s always known, even from New York, where he lives with his wife, Sarah, and their daughter, Noa. For Molly, and especially Peter, Prep has also been the ultimate challenge and the deepest reward. Peter will be missed, but his influence as a scholar, his commitment as a visionary leader, and his enthusiasm for all things Prep have made a unique, indelible mark on our school.

To Peter, With Love: Messages from the Prep Community

Tributes from Alumni, Parents, and More! 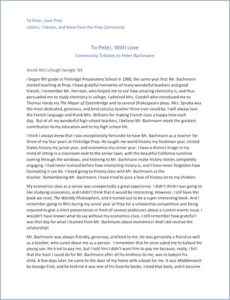 Click image above to view the tributes in a PDF file.

Board and Community Recognition 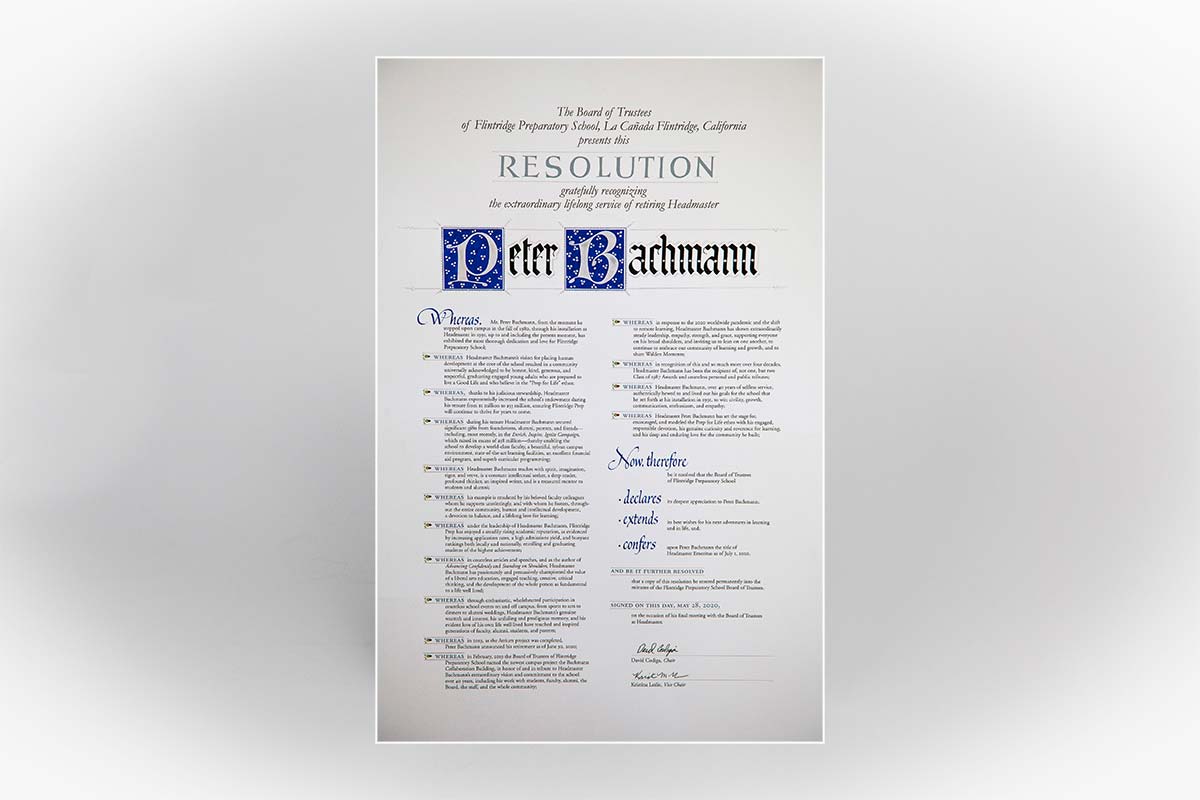 The Board of Trustees Resolution 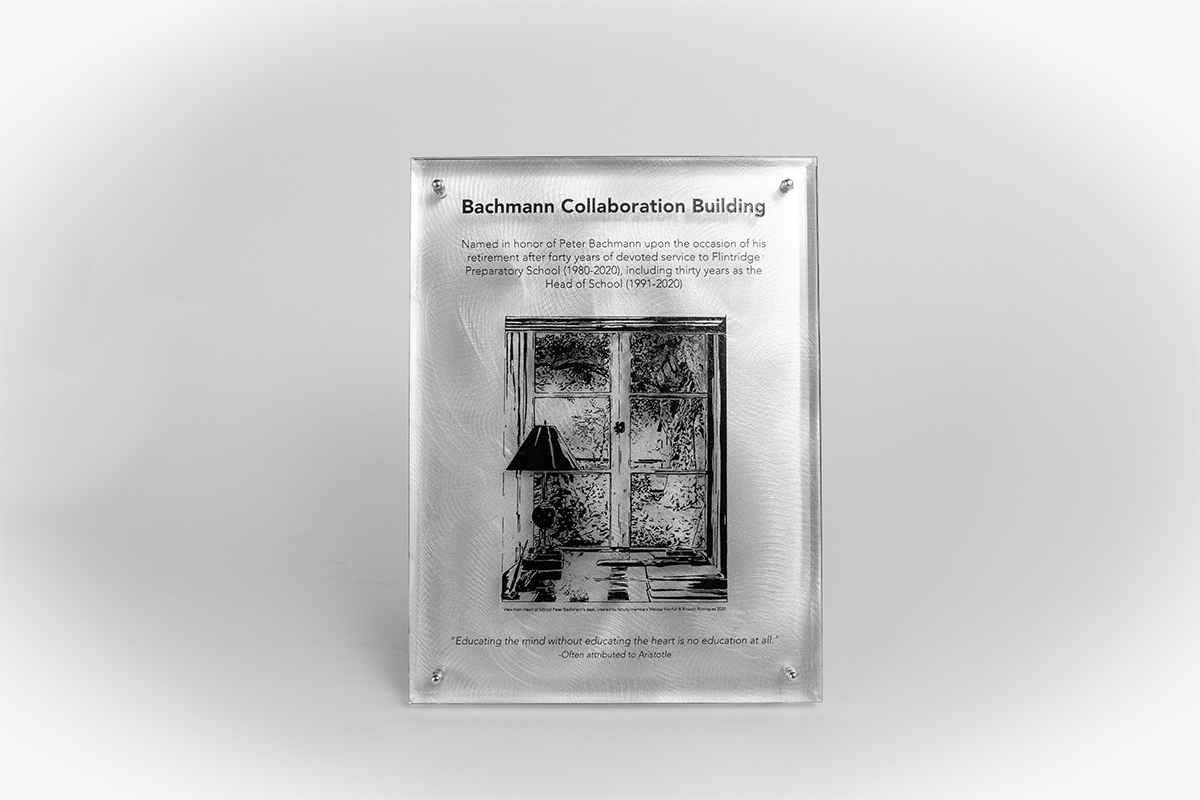 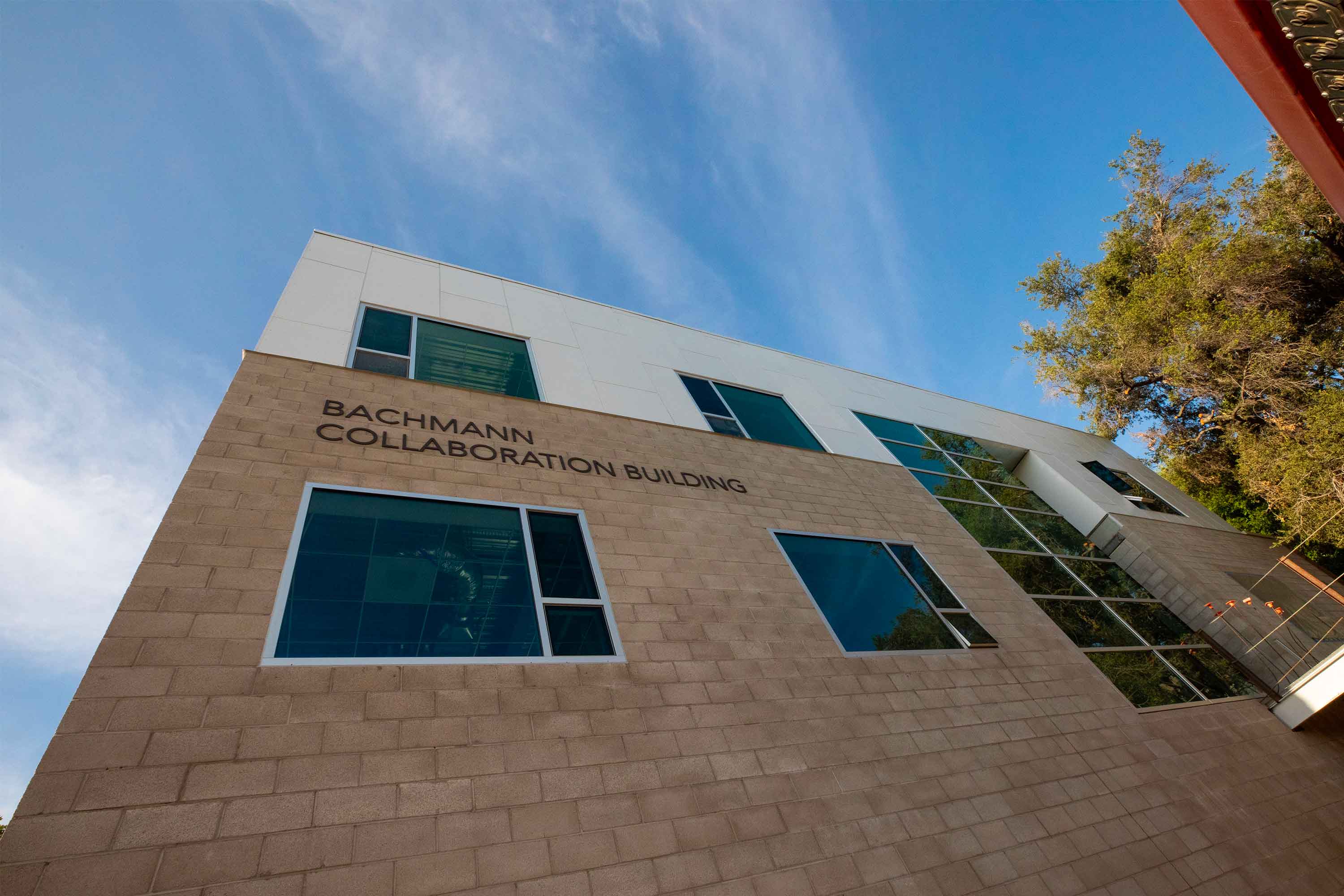 The Outlook reflects on Peter Bachmann’s 40-year career at Prep.